In 2021, I proposed around a dozen patches to Clojure. I developed many of them concurrently and created a pull-request based workflow that might be useful for others. 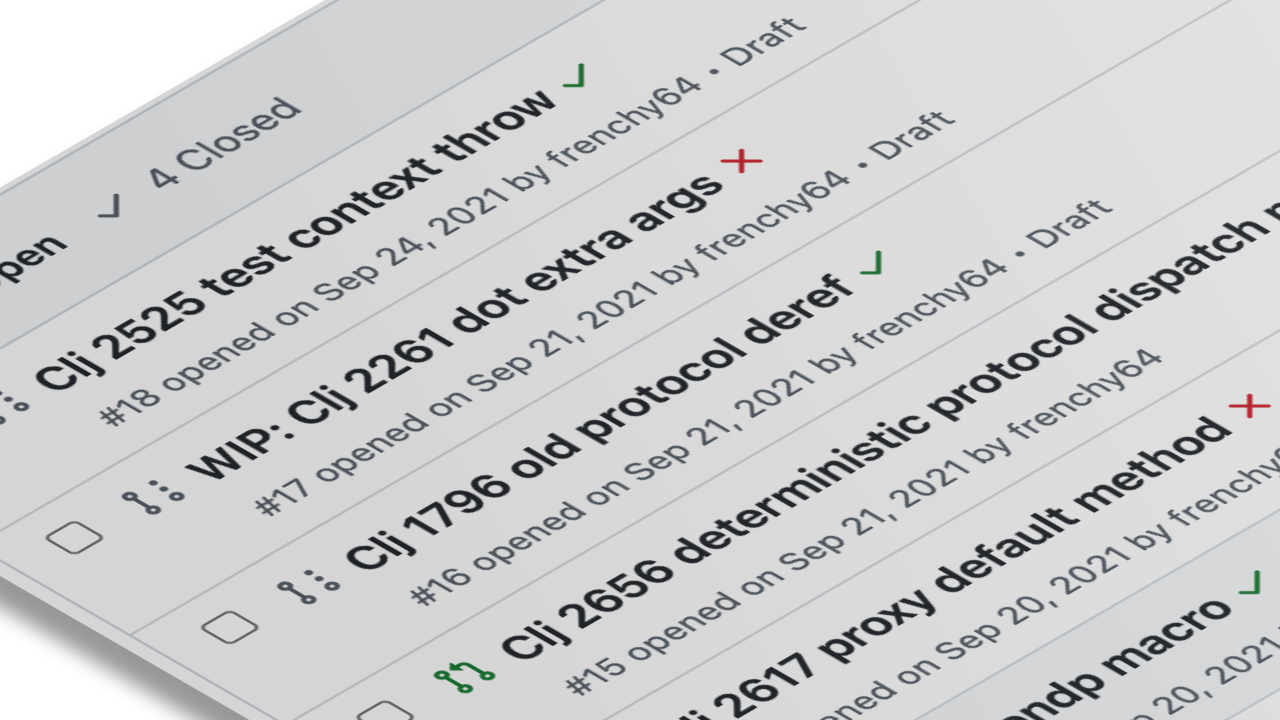 Contributing to Clojure is not immediately compatible with this workflow because:

While Clojure has no continuous integration for pull-requests, we can work around this by forking the repository.

Now we can send pull-requests to our own fork that include GitHub Actions instructions to run continuous integration tests.

But we need to strip the build.yml file from the patch before submitting the patch to Jira.

This works, but it’s too fiddly. I created a meta-repository that packages up this workflow to be more streamlined.

Here’s how to use it.

Say you’ve followed Clojure’s contributing guidelines for some hypothetical Jira ticket CLJ-123456, and all that’s left is to code up one or more solutions.

Fork Clojure to your GitHub user (we’ll use your-github-user throughout as a placeholder for your actual GitHub user): 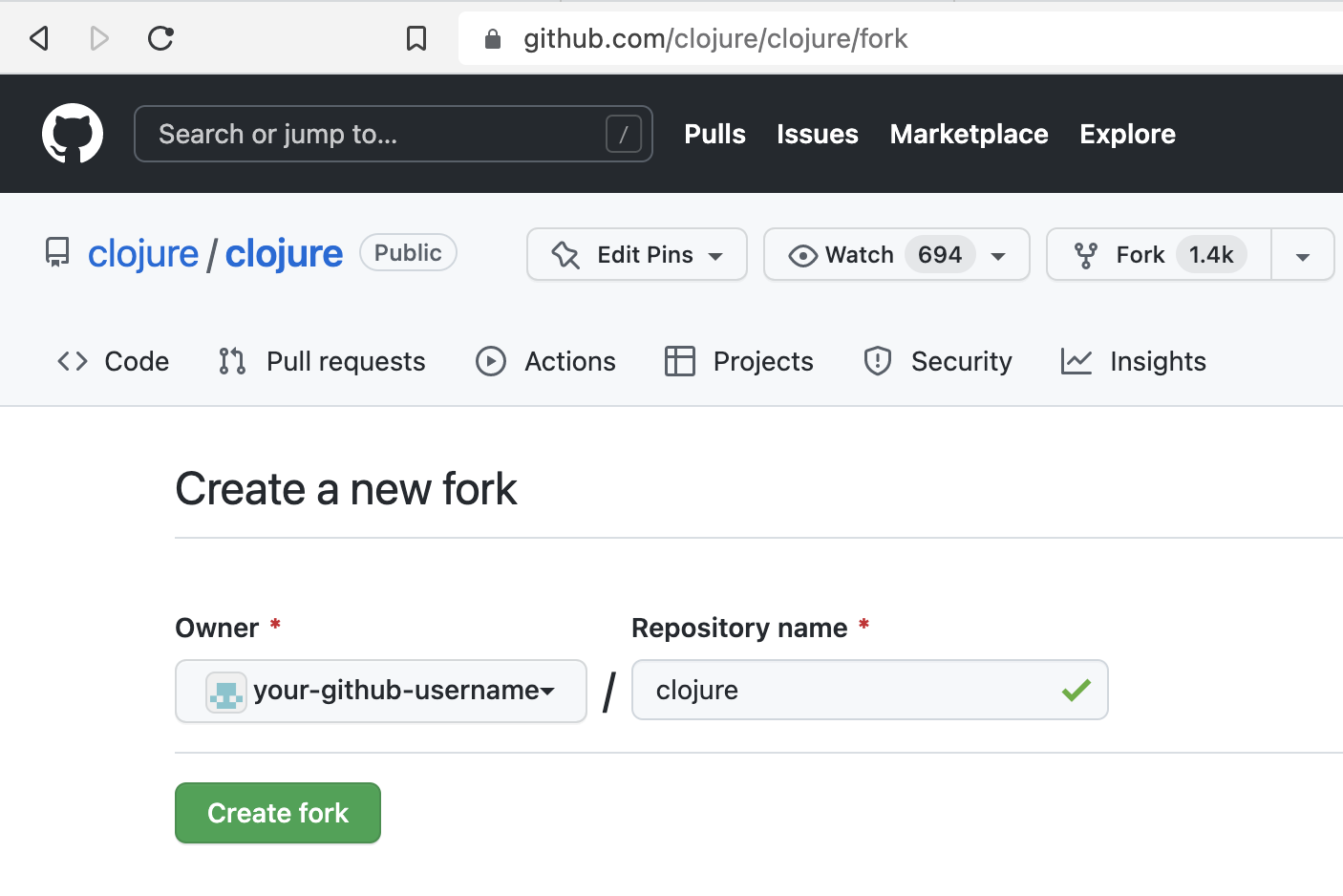 Now clone my Clojure meta-repository clojure-local-dev, tell it where your fork lives, create a new branch for CLJ-123456 development, and switch to that branch’s directory:

We can start coding a solution to CLJ-123456 in the current directory. In most cases, you can stick to mvn clean test for running tests, but the meta-repo contains a few ideas to demonstrate how you might achieve similar results from Clojure CLI.

For example, you can start an interactive REPL via Clojure CLI by running ../repl.sh, which will also run a user-defined :nrepl alias.

In fact, your branch will have its own deps.edn file that you can customize as needed. But be careful of stale class files—run ../prep-clojure-cli.sh to get a clean slate.

There are some ideas for test runner scripts like ../test-example.sh for unit tests, ../test-generative.sh for generative tests, and ../watch.sh for kaocha.

You’ve committed your solution to CLJ-123456 and now you’re ready to run the full CI test suite by pushing it to your fork. Two git remotes were installed to your local Clojure git repo when it was created: one for your fork, and one for Clojure.

Choose your fork, and push.

This will trigger a new matrix build on your branch that you can find via github.com/your-github-user/clojure/tree/clj-123456-first-approach. If (like me) you track ongoing work using pull requests, go ahead and create one. But don’t send it to clojure/clojure—it will be closed. Send it to your own fork your-github-user/clojure.

Once you’re ready to propose your solution to CLJ-123456, you can use ../format-patch.sh at the root of your branch’s worktree directory to generate the patch. It takes one argument: the file to name the patch.

If your patch no longer applies to Clojure master, it often needs resubmission. Instead of dealing with git patches, you can just rebase can generate a new patch:

I intend to maintain the clojure-local-dev meta-repo as its own project until it becomes obsolete—please open an issue or non-breaking pull-request to help out.